Premium burger chain Betty’s Burgers is emerging as a new growth engine for Retail Zoo as major shareholder Bain Capital kicks off its second attempt in two years to list the food retailer on the stock exchange.

Since abandoning its first tilt at the boards in October 2019, Retail Zoo has almost doubled the number of Betty’s Burgers restaurants, opening its 35th store last month compared with 19 in 2019. 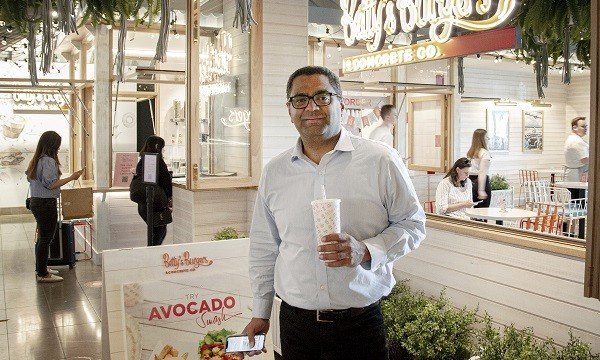 Nishad Alani says Retail Zoo is well placed to succeed whether the economy remains locked down or not.

Retail Zoo chief executive Nishad Alani and Betty’s Burgers managing director Troy McDonagh said they planned to open 10 to 15 stores a year over the next few years and expand into Western Australia in the coming weeks, taking the brand national.

Retail Zoo eventually sees scope for at least 150 Betty’s Burgers restaurants in Australia – up from original forecasts for about 100 stores – and believes there is potential to expand offshore once the borders reopen.

Mr Alani said Retail Zoo had raised its longer-term network forecast for Betty’s Burgers following strong sales growth, fuelled in part by a shift away from dine-in sales to towards take-away and delivery during the pandemic, the launch of a mobile ordering app and continuing menu innovation.

Take-away and delivery now account for about 35 per cent of sales, up from 20 to 25 per cent pre-COVID-19, and the average store is racking up annual sales of at least $3 million, compared with forecasts of about $2.7 million before the pandemic.

“Today we have a healthy balance where no matter what the government decides to do, whether it’s partial lockdown or full lockdown, the business is well situated to be able to navigate through that challenge,” Mr Alani said.

Betty’s Burgers has recently opened or plans to open stores in several prominent sites previously occupied by banks, including Market Street in the Sydney CBD, Elsternwick in inner Melbourne and Glenferrie Road in Melbourne’s Malvern.

“We say 150 to 200 stores is very achievable for us,” Mr Alani said. “We’re only in 12 to 13 of the top 50 shopping centres and there are plenty of beach and high street locations – it’s definitely become easier to find sites.”

While some brands in the $7 billion burger market have struggled, Betty’s Burgers has thrived partly because of the support of Retail Zoo, which has about 650 company-owned and franchised stores under the Boost, Betty’s Burgers, Salsa’s Fresh Mex and CIBO Espresso brands. 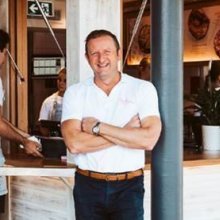 Retail Zoo, which is part-owned by Boost Juice founder Janine Allis and her husband Jeff Allis, had revenues of $136 million from company-owned stores, royalties, franchisee fees and supplier rebates in 2020.

Since Retail Zoo acquired Betty’s Burgers four years ago, the chain has improved its cost of goods and labour by 10 per cent by sharing services such as IT and marketing with sister brands and negotiating better prices for key inputs such as food packaging and distribution.

“The difference between us and other burger offers that might have come and gone is they haven’t had the benefit of having a big engine like Retail Zoo,” said Mr McDonagh, who joined Betty’s Burgers two years ago after a 30-year career in hospitality including stints at Red Rooster, Gloria Jeans, Oporto and MAdE Establishment.

Although business leaders fear the Morrison government’s four-phase exit plan from the pandemic means Australia will be locked away from the rest of the world until late 2022, Mr Alani says Retail Zoo is well placed to succeed whether the economy remains locked down or is opened up.

“From a business perspective, we’re not overly concerned about it one way or another – if it means borders are locked, tourism goes up, so it’s probably a good thing for our business,” he said.

“In the first six months of COVID-19, we made our business, particularly Betty’s, robust, resilient and ready for any challenge that came our way,” he said.

“A full lockdown isn’t great but partial lockdowns we’re able to manage through quite well, and when people are able to do what they want, it works exceptionally well for us, so no real concerns regarding what the national cabinet decides to do.”

Mr Alani declined to comment on new IPO plans, saying it was a matter for Retail Zoo and the other shareholders. Retail Zoo is believed to have appointed Goldman Sachs and UBS as joint lead managers.